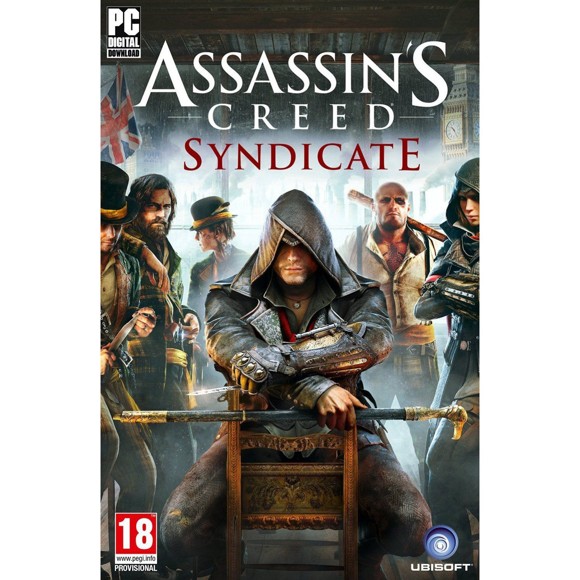 London, 1868. The Industrial Revolution unleashes an incredible age of invention, transforming the lives of millions with technologies once thought impossible. Opportunities created during this time period have people rushing to London to engage in this new world. A world no longer controlled by kings, emperors, politicians or religion, but by a new common denominator: money.

Introducing Assassin Jacob Frye, who with the help of his twin sister Evie, will change the fate of millions in the upcoming Assassin's Creed® Syndicate. Rise to rally and lead the underworld to break the corrupt stranglehold on London in a visceral adventure filled with action, intrigue and brutal combat.

Take a breath and enter the slums of 19th Century London, shrouded in fog and filth. The Assassin's Creed Syndicate® Rooks Edition, named after Jacob's gang, is a testimony of the outlaw's life shaped by robberies and murder. In addition to the game, this edition contains a collector's box, an art book, a double sided London Map and the game soundtrack. You will also get access to 2 single player missions for an extra hour of gameplay!