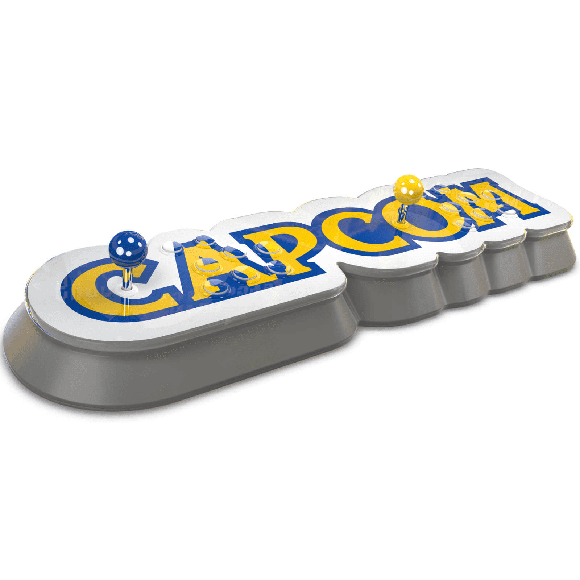 Emblazoned with Capcom's iconic duotone logo the Capcom Home Arcade delivers a classic single and multiplayer arcade gaming experience.
Featuring 16 of the best Capcom titles from the golden-age of arcade gaming, the two full-size premium stick and button configurations allow these games to be played the way they were meant to be played.

Break some high scores in single player, team up with a friend in co-op multiplayer or destroy them in a head-to-head battle. Then upload your best scores via the Capcom Home Arcade's onboard WiFi to a Worldwide High Score Leaderboard to see how you match up against other players across the globe.