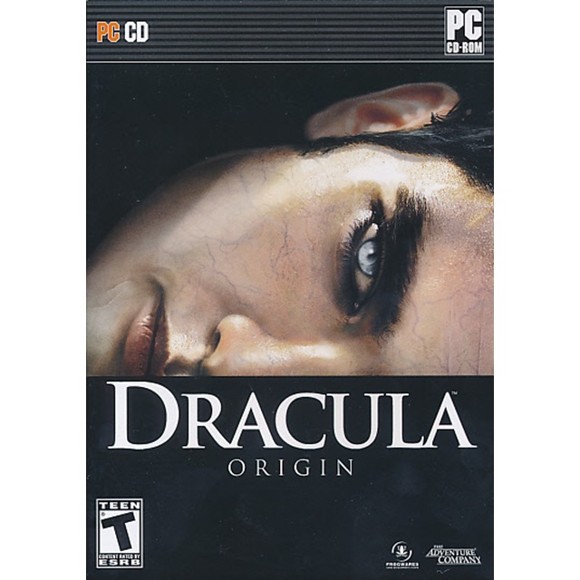 Dracula: Origin is the new adventure game from Frogwares studio, the team that developed the famous Sherlock Holmes series for PC. Having successfully tackled the myth of Cthulhu in Sherlock Holmes - The Awakened, Frogwares is once again venturing into a disturbing and fantastic universe, the world of the Prince of Darkness, in an adventure which combines romanticism, mystery and horror.

Young, charming and devout, but emotionally broken since the suicide of his wife, Count Dracula has been transformed into a monster, with an insatiable thirst for blood and vengeance, cursed to eternal damnation.

In the game, you play the role of Professor Van Helsing, the celebrated vampire hunter, on the hunt for Dracula, while Dracula himself is on a quest for a mysterious manuscript which will give him the power to raise the dead.

Your goal is to prevent Dracula from finding and using this manuscript, and also to kill him, in order to liberate the souls of all those who have had the misfortune to cross his path.

Using conventional Point & Click gameplay, Dracula: Origin is a superb adventure supported by impeccable graphics and a rich storyline, which takes you to London, Egypt, Austria, and of course, to Transylvania, in the famous home of the great vampire. With a subtle combination of 2D environments and animated 3D characters, the game faithfully reproduces the world imagined by the celebrated author Bram Stoker, with all its associated motifs (horror, love, blood, crucifixes, stakes, garlic, etc.), in a disturbing, finely-realized and absorbing Gothic atmosphere.

* An unrelenting pursuit of one of the most terrifying figures from fantasy literature.
* Confrontation between two antithetical heroes: Van Helsing, the restrained scientist and spiritual hero, and the young and high-spirited Dracula, whose inhumanity matches his malevolence.
* Superb graphics, combining 2D environments and 3D characters.
* A deep storyline, focusing on Van Helsing's quest to kills the king of all vampires, and Dracula's quest to find the manuscript to raise the dead.
* Interaction with over 40 characters. Use and combination of over 150 objects associated with the vampire-themed storyline (stake, statue, garlic, mirror, etc.).
* A romantic, bloody and violent Gothic ambiance which is true to the original world created by Bram Stoker, providing total immersion into the adventure.
* A progressive Help System to lead players to the solution with more and more accurate hints.