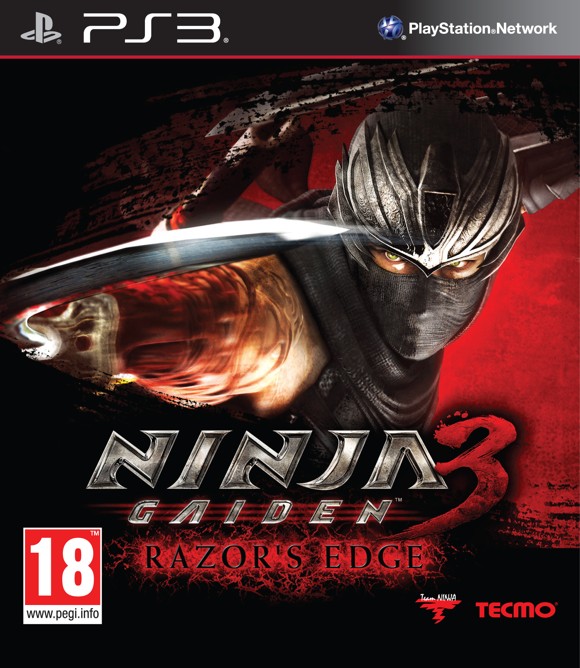 Ninja Gaiden 3 Razor’s Edge, the latest chapter in the acclaimed action series from Team NINJA, slices onto PS3 and Xbox 360 with more blood and gore than ever before.

Super Ninja Ryu Hayabusa must fight to save mankind and lift a mysterious curse that threatens to destroy him.

Designed from the ground up, Razor’s Edge promises to satisfy fans with a redesigned battle system, improved enemy AI and the return of dismemberment!

Including new missions, upgrade system, moves and playable characters, Razor’s Edge delivers a true Ninja Gaiden experience for both fans of the series and players up to the challenge.

Blood will spill, limbs will fly, heads will roll.

Upgraded Story and Challenge Modes. Ayane will offer her own chapters in story mode, with all 3 available in the new chapter challenge mode and Ninja Trials co-op play.

Expanded online play. All DLC from Ninja Gaiden 3 will be available as a bonus. The Ninja Skills system works online to let players use Karma to purchase 64 customizable features for the Unknown Ninja – used in multiplayer Clan battles. Supporting up to 8 players, 5 brand new Clan Battle stages have been added to online play.

Co-op play. Missions in Ninja Trials has been tripled to a total of 100, with all 4 playable characters – Hayabusa, Ayane, Momiji and Kasumi – available to use in online co-op play.