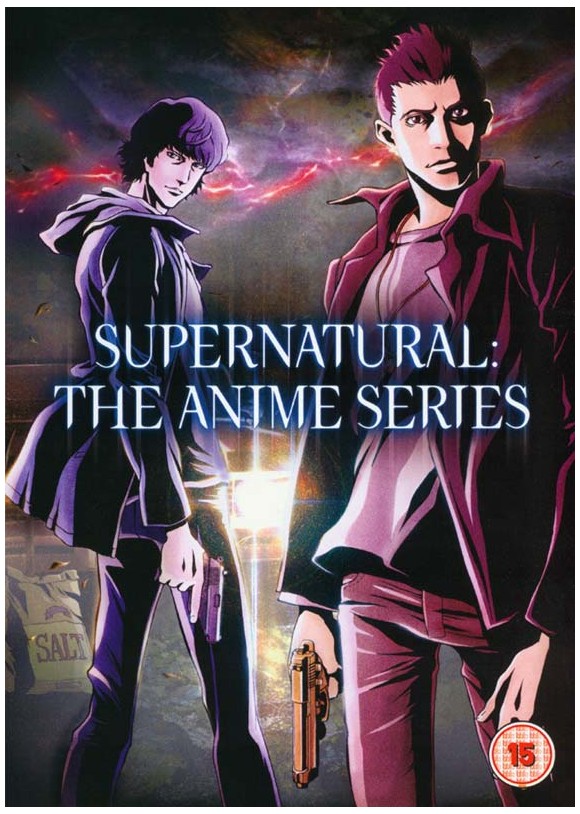 The OAV Supernatural: The Anime Series is an anime first: an American live-action show reworked as a Japanese animation series.

Sam and Dean Winchester are Hunters - licensed officers who tool around the United States in a classic black Chevy Impala, pursuing demons, ghosts, vampires, and other evil spirits. They're also looking for their father, a Hunter who's chasing the evil entity that killed their mother. Almost all the specters strike attractive young women, and the series soon devolves into a damsel-in-distress formula, with Sam and Dean arriving in the nick of time to dispatch the threat with silver bullets, salt, and fire. Some of the episodes are reworked from the original program; others are new story lines for the characters. But too many of them play like a mash-up of Buffy the Vampire Slayer and The Hardy Boys.
Supernatural: The Anime Series recalls old live-action-based Saturday morning shows like The Karate Kid and Fonz and the Happy Days gang. The designs for the characters are stiff, and the animation remains minimal, with still drawings accompanying voice-over dialogue. Although there are occasional interesting special effects, the series doesn't really make use of the potential that animation offers. Jared Padalecki and Jensen Ackles repeat their roles as Sam and Dean, and appear in tight T-shirts to introduce each episode.